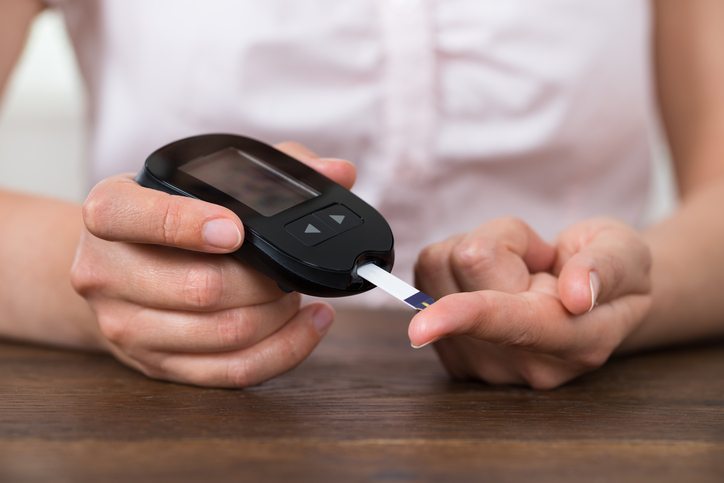 Recent research has shown that Americans face two significant health problems that can both negatively impact our quality of life as we age that your Louisville dentistry wants to make sure our patients know about their risks. Over one-third of all adults in the U.S. (35.7 percent) meet the standards for obesity, according the Centers for Disease Control and Prevention. In addition to increasing an individual’s risk of developing heart disease, gum disease, or suffering a stroke, obesity also significantly raises the risk of developing type 2 diabetes, which afflicts over 8 percent of the U.S. population, according to the National Institutes of Health.

If these current numbers weren’t already disturbing enough, a recent study from the University of Chicago forecasts that the number of Americans with Alzheimer’s will rise to over 30 million by the year 2030.

While these two health epidemics may seem independent of each other, a growing amount of evidence has found significant links between elevated blood sugar levels – a problem for many diabetics who struggle to control their disease – and memory problems.

A study published earlier this year in the New England Journal of Medicine concluded that high glucose levels in the body might increase an individual’s risk of dementia, even if that person doesn’t suffer from type 2 diabetes.

So the question now becomes, at what point does increased blood sugar levels lead to cognitive decline? Or more succinctly, should we pay more attention to rising blood sugar levels, even before they reach the point of what doctors refer to as pre-diabetes?

A new study published in the journal Neurology may have the answer to these questions.

Researchers at Charite University Medicine in Berlin have uncovered new evidence that suggests even a modest increase in blood sugar levels among individuals in their 50s, 60s, and 70s can negatively impact memory.

As part of their study, researchers enlisted the help of 141 healthy seniors, each of whom enjoyed normal blood sugar levels. Participants also underwent memory tests where they heard 15 items read from a list and were then asked to repeat as many items as they could remember.

Researchers discovered that if an individual’s hemoglobin A1C – a standard indicator used for testing an individual’s average blood sugar level over a three month period – ranged from five percent – considered in the normal range – to 5.6 percent, which nears the classification of pre-diabetes, they recalled fewer words during the memory tests.

While the link between higher blood sugar levels and fewer words remembered wasn’t huge – individual’s with higher levels remember fewer words, but not substantially less than those with lower blood sugar readings – researchers say their finds are significant.

Researchers speculate that when blood sugar levels remain chronically elevated, an individual’s memory becomes impaired due to damage incurred to large and small blood vessels, which results in decreased nutrient and blood flow to brain cells. Researchers also suspect that chronically elevated blood sugar levels may also impact how certain areas of the brain that relate to memory perform, such as the hippocampus.

When attempting to retrieve information or make a decision, the hippocampus needs ample amounts of glucose. However, when glucose levels increase in the body, it may cause a disruption to occur in the way glucose is transported through the blood-brain barrier and into the hippocampus. So despite the body possessing a higher concentration of blood sugar, certain parts of the brain actually receive less than needed to properly function.

The simplest solution for keeping your blood sugar levels at a normal range is to eat a balanced diet. Diets high in fruits, vegetables, lean protein, fish, and whole-grain products will significantly lower your risk of developing diabetes or obesity. An additional benefit of a diet low in complex and simple is an improvement to your oral health.

Carbohydrates are a form of sugar, so there is little difference between a candy bar and a bag of potato chips to your teeth and gums. The more sugar you consume throughout the day, the higher your risk of developing tooth decay and gum disease becomes, and the more you’ll need to visit your local Louisville dentistry. Recent studies have found significant links between gum disease and an increased risk of diabetes. So failing to eat health can impact your weight, oral health, and risk of developing diabetes, which in turn causes blood sugar levels to rise and your memory to become impaired.

That’s a nasty chain of events that all begins with the seemingly simple decision of what to eat. Food for thought indeed.